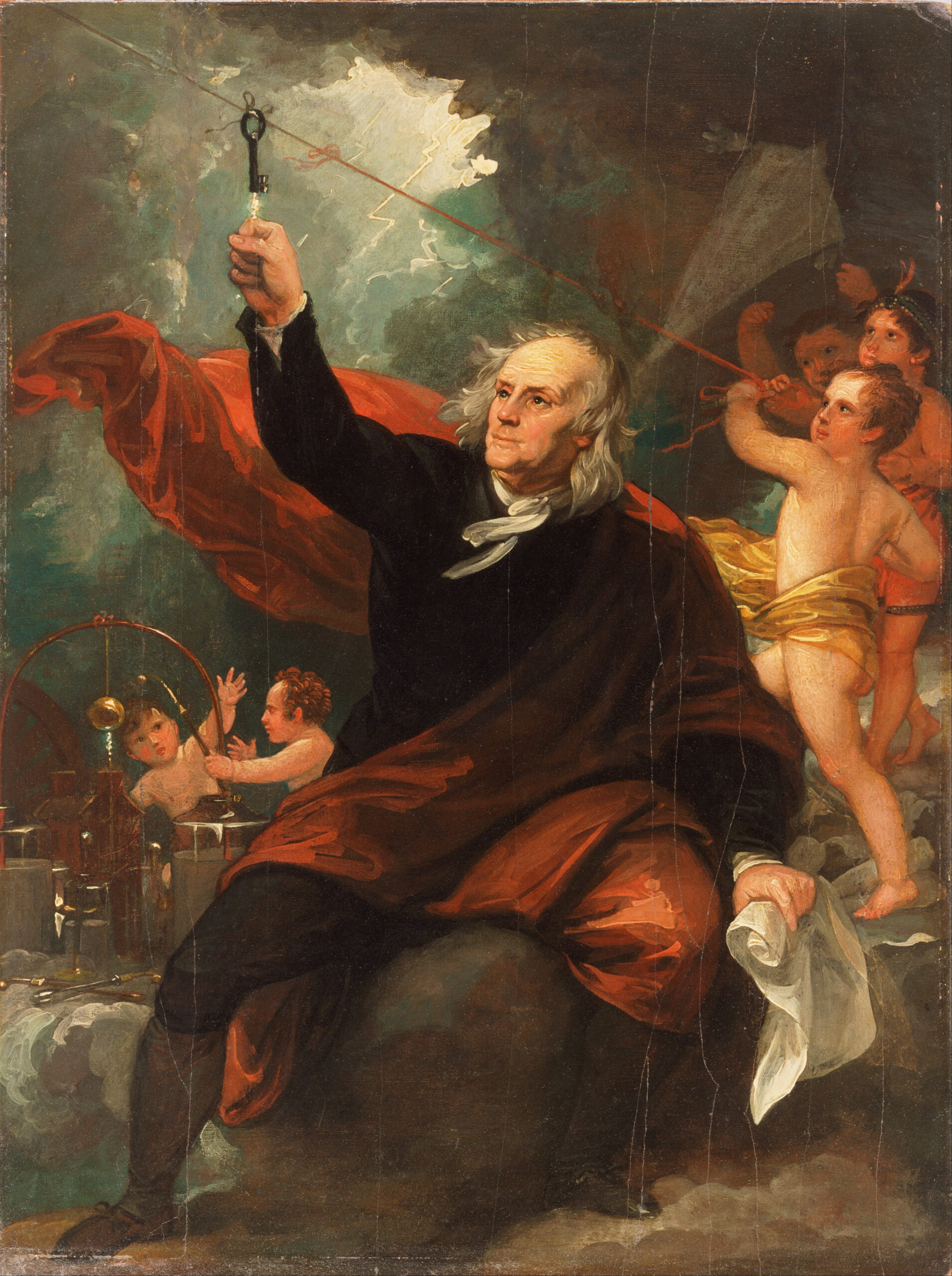 This dramatic painting by Benjamin West commemorates the 1752 experiment in Philadelphia in which Benjamin Franklin demonstrated that lightning is a form of electricity. West was born in Swarthmore, Pennsylvania, in 1738, when the American colonies were still part of the British Empire, and became an renowned history painter and the second president of England’s Royal Academy of Arts. While in London, West befriended Franklin, a fellow Pennsylvanian, but did not render this likeness of the celebrated scientist and American statesman until after his death, creating it as a study for a larger, unrealized portrait that he planned to give to Pennsylvania Hospital, an institution Franklin founded in Philadelphia. West intended to display the larger picture with another of his compositions and a self-portrait, perhaps as an homage to Americans who had achieved international acclaim in science and the arts.