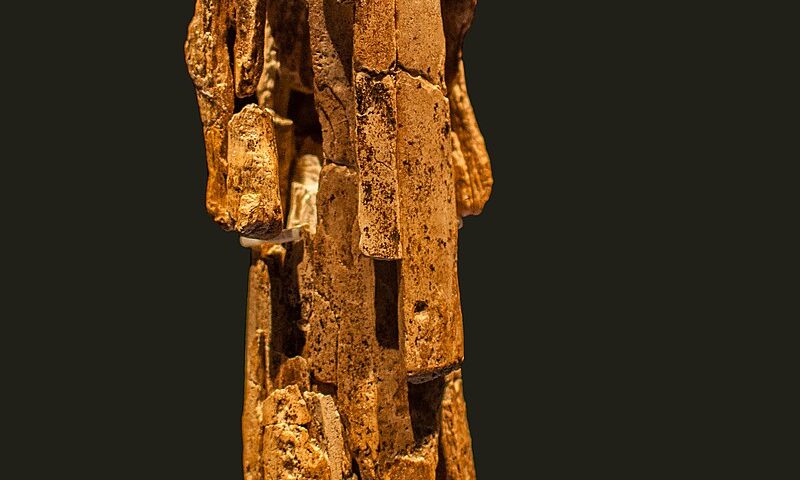 The lion man is a mammoth ivory sculpture 29.6 cm high dating from the Aurignacian (Upper Paleolithic). This sculpture represents a human body surmounted by a lion’s head, more exactly a cave lion. It is one of the oldest known to date.

Its pieces were discovered in 1939, in the cave of Hohlenstein-Stadel (Baden-Württemberg), under the direction of Robert Wetzel and Otto Völzing, but were not studied until thirty years after the Second World War. The sculpture was collected and restored in 1987-1988 by Ute Wolf and Elisabeth Schmid. His age was then estimated at 32,000 years