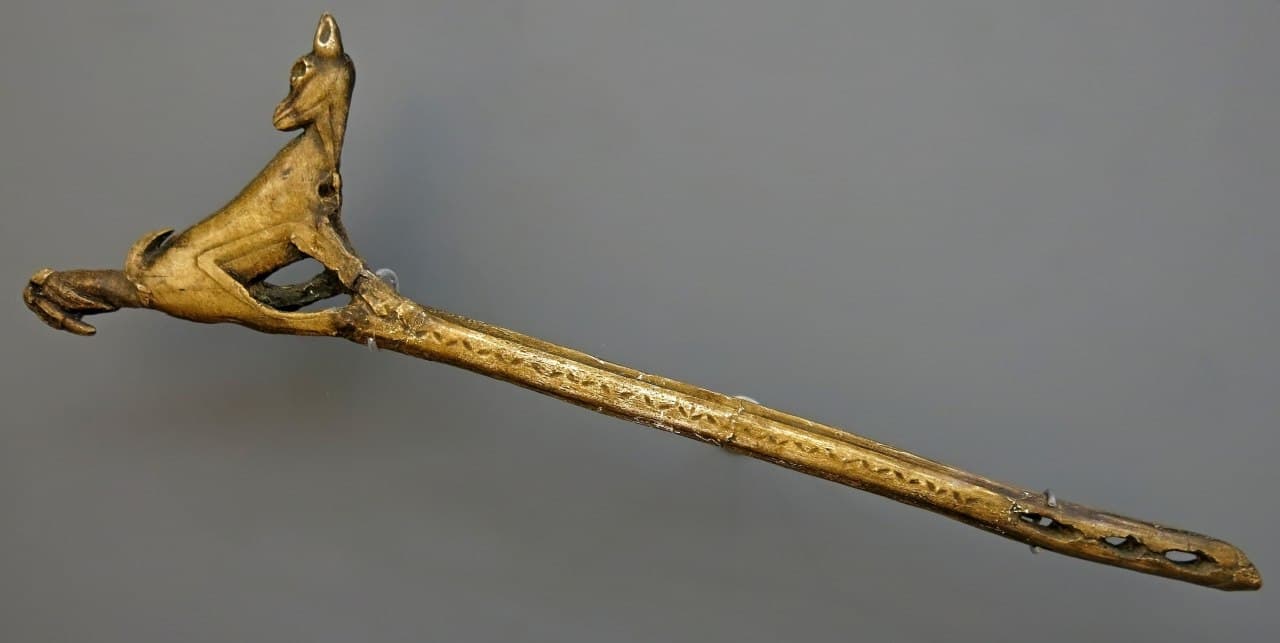 Spearthrower made of antler showing a fawn or doe with an emerging turd (or a baby deer being born) on which two birds are perched, found around 1940 in the cave of Le Mas d’Azil, Ariege.

Also identified as a young ibex or chamois by many writers. Neither Ibex nor chamois is likely, for as another student of the Palaeolithic, AnnDee, says,

The females of both those animals have horns, and it is one of the defining features of the animals. It would have taken very little for the artist to leave a bit more along the edge of the ears and carve the suggestion of horns. The animals do look young, but, if it is a birth scene, must be adult females.