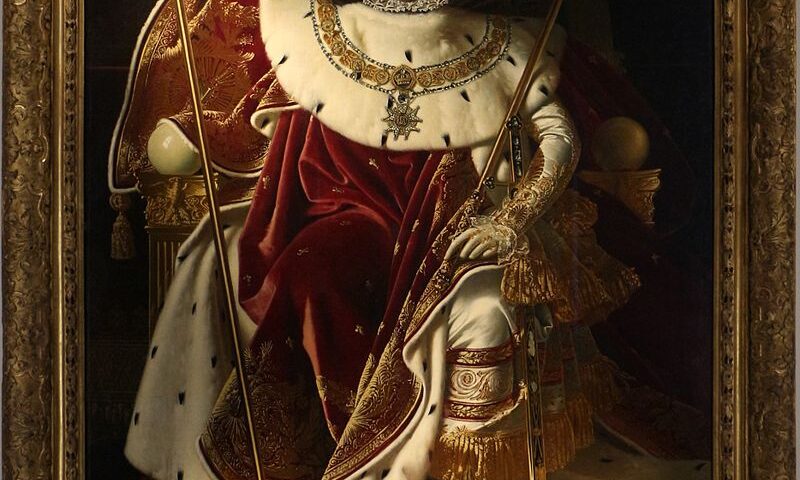 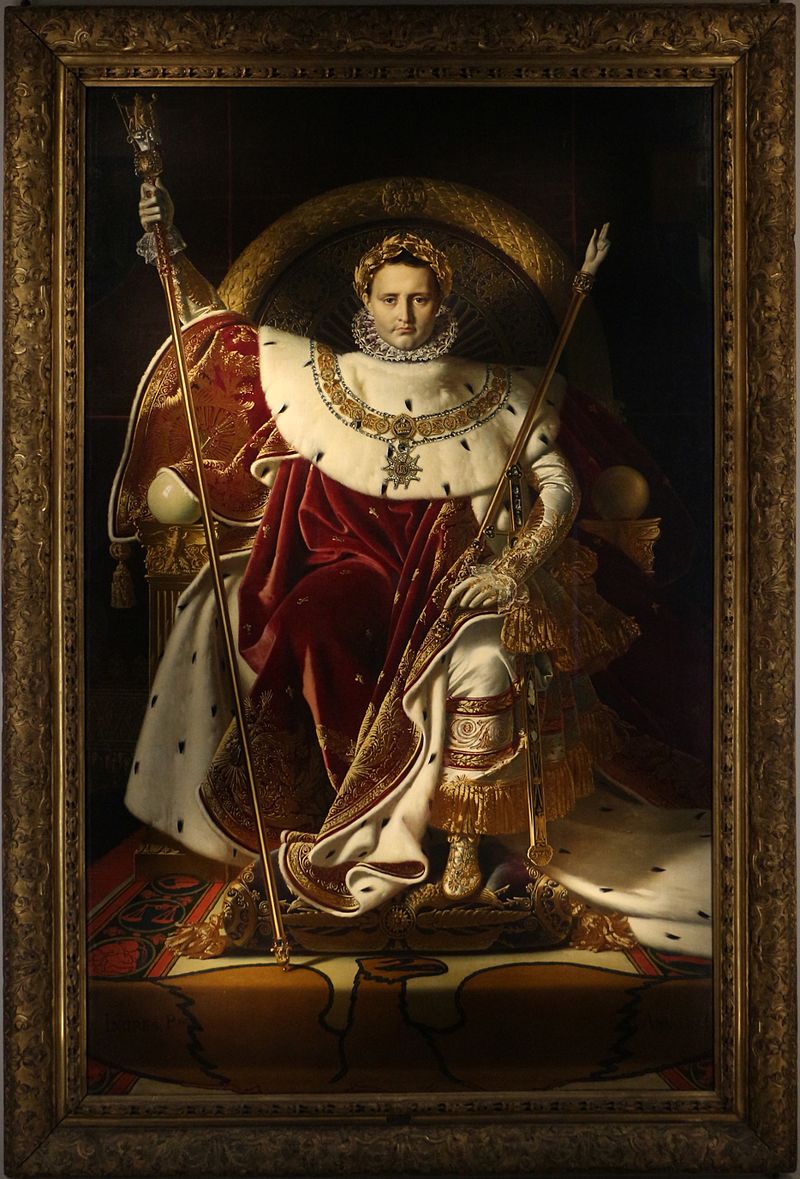 Napoleon I on the Imperial Throne is a portrait of Napoleon I in coronation costume painted by Jean-Auguste-Dominique Ingres in 1806, and kept at the Musée de l’Armée in Paris.

he painting represents the emperor Napoleon I in coronation costume, seated on his throne, the top of the circular backrest of which can be seen and the armrests adorned with ivory balls which represent the globe. With his right hand he holds the scepter of Charles V and with his left the hand of justice. He is wearing a wreath of golden laurels. Over his satin tunic embroidered with gold, his purple velvet cloak studded with gold bees is lined with ermine. On the epitoge also in ermine, he wears the large collar of the Legion of Honor. To his left, the coronation sword in its scabbard is held by a silk scarf. At the bottom left the painting is signed INGRES P xit and on the right it is dated ANNO 1806. Other symbols bear witness to Napoleon’s desire to link his power to a previous legitimacy of the Bourbons: imperial purples, covered with bees, tunic white, laurel wreath and eagle necklace reminiscent of the Roman Empire and the Carolingian past. We also see a golden eagle on the bottom carpet.