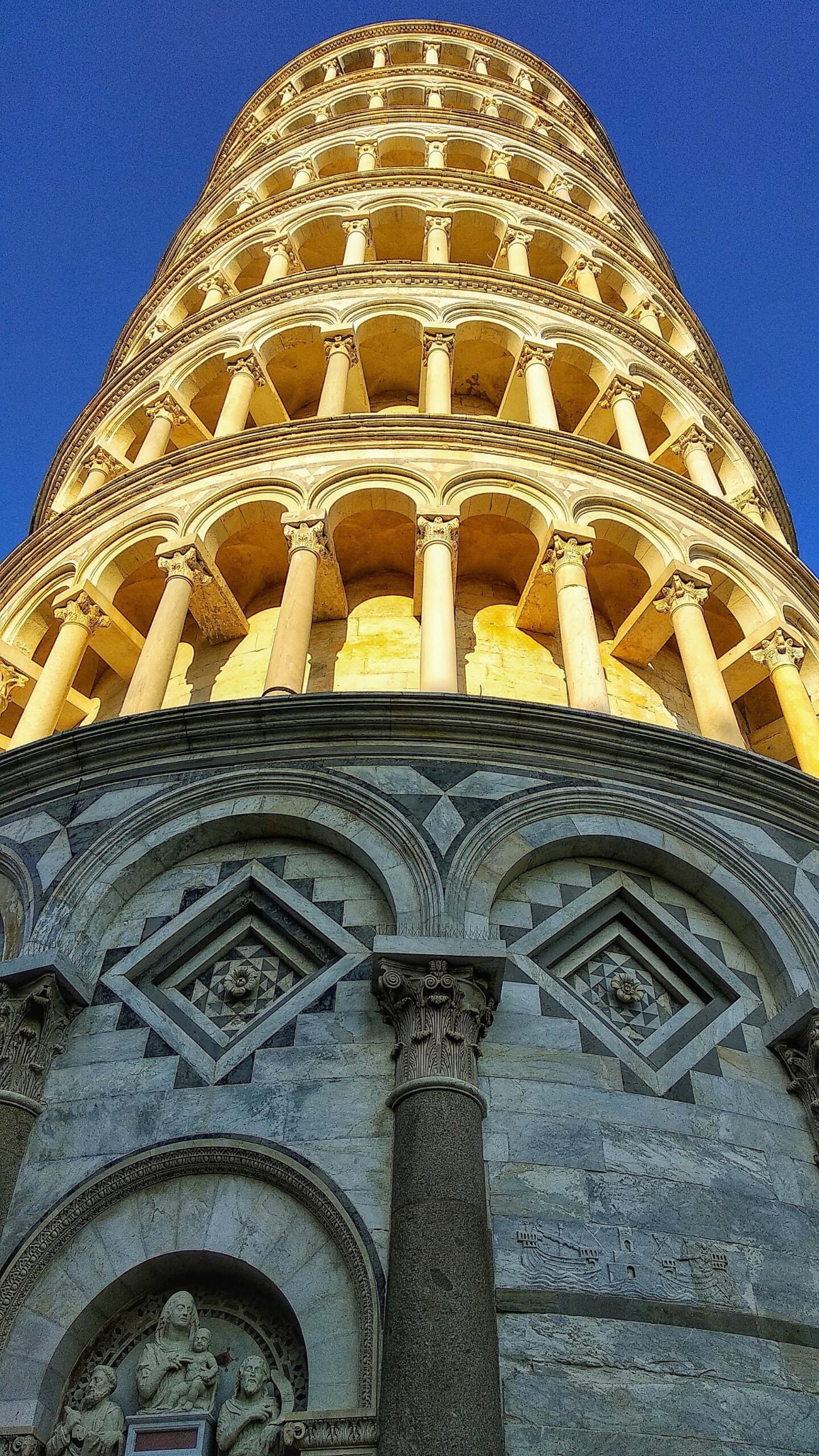 The Leaning Tower of Pisa (torre di Pisa in Italian) is the campanile of the Cathedral of Our Lady of the Assumption in Pisa, Tuscany (Italy). It is located near the apse of the cathedral and is one of the monuments of Piazza dei Miracoli (the “Square of Miracles”), listed as a UNESCO World Heritage Site. Its construction began in 1173. World famous, it is one of the symbols of Italy and the emblem of the city of Pisa.

Besides the fact that it is considered a masterpiece of Tuscan Roman art in marble, its fame comes in particular from its characteristic inclination (which is currently at an angle of 3 ° 59 ′ to the south), appeared very quickly during its construction, due to the fact that it was built on an alluvial plain. This defect would be due either to a defect of foundation, or to a subsidence of ground due to a rock: the marl.